We’re delighted to invite you to this exhibition by Armin Chodzinski!
Friday, May 29, 7 pm. Runs from May 30 to July 4 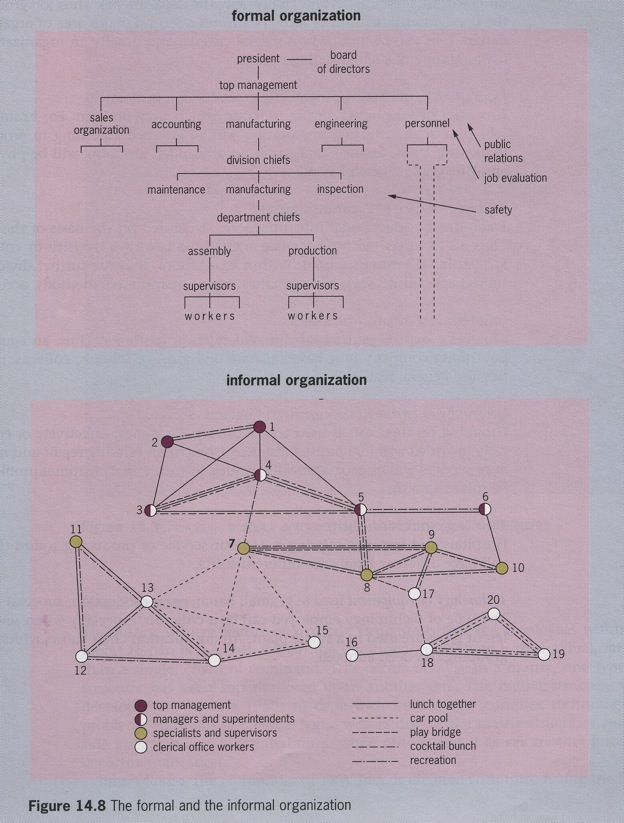 Bernd Cailloux, The Financial Year 1968/69 (Das Geschäftsjahr 1968/69, 2005)
“The crowd loved its effect, its rebellious flickering, its electrifying, liberating nature. It destroyed old forms of dance, made them impossible. The rapid transitions from darkness to pure brightness seemed to throw everyone into the depths of their dual natures. The flash aroused dormant forces, freed energies, desires and tendencies, drove away inhibitions. (…) A mental surge had run through every person and split their time into a before and after.”

Dictionary of Philosophical Terms (1998)
“Organization, a term first circulated in the 18th century, especially in relation to the French Revolution, the ordering by humans of the many parts of a whole in a purposeful and consistent manner, in order for it to function like an organism.”

Interview James Rosenquist March 18, 1991 (http://www.achievement.org/autodoc/page/ros0int-1)
“One piece I did back in 1970 was a room of vertical colored panels… I put a dry ice fog on the floor and Claude Picasso came and started taking photographs of it. I had just met him. And the colors seemed to disappear right into the floor, and the floor seemed non-existent. It was a fog. And with reflective panels. So the reflection that went into the fog was very unusual too. Because the energy from the reflection disappeared as it went into the fog. So that’s the way I accomplished that feeling. I did one version that was called Home Sweet Home, and the other one was called Slush Thrust.”

The Eurocentric view of the individual is characterized by the economy insofar as the community is seen as little more than another distinct customer group. The artistic works of Armin Chodzinski are dedicated to social processes at the end of an industrialized society. His work combines, both in a technical sense and in its content, issues surrounding collectivity, romanticism and a societal structure that develops from hierarchical principles into a network and then a swarm. His lead pencil sketches on room-high plywood panels show elements of his research into organization, or of his analysis of networks or individual patterns of where people meet and move.

“I try, in a desperate hunt for knowledge, to do little more than to understand what the world is all about as it gets caught up in the competing egos and engineered market laws that threaten to trip it up.” (Armin Chodzinski)

Armin Chodzinski is a historical interpreter, performer and artist, as well as elocutionist, ex-manager and author. The broad spectrum of his areas of activity may obscure the fact that his style and approach were primarily shaped in visual arts. Despite its discursivity and loudness, the material, form and intelligence of artistic activity, as well as the stupefying quality of aesthetic phenomena are key aspects of his work. 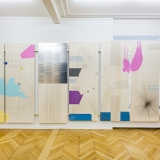 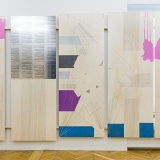 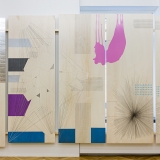 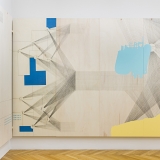 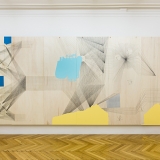 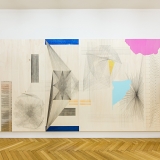 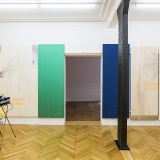 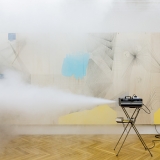 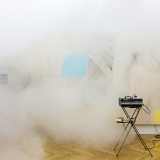 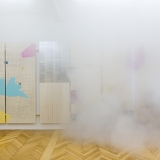 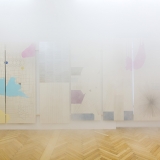 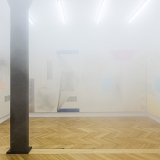 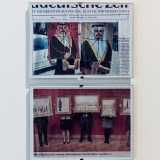 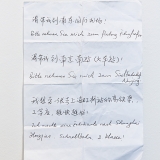 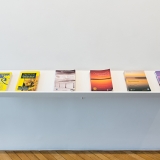