»The Carp of the Tench«
David Fletcher with contributions by Clare Mitten, Louis Benassi and Paul Westcombe. October 24 – November 28, 2015 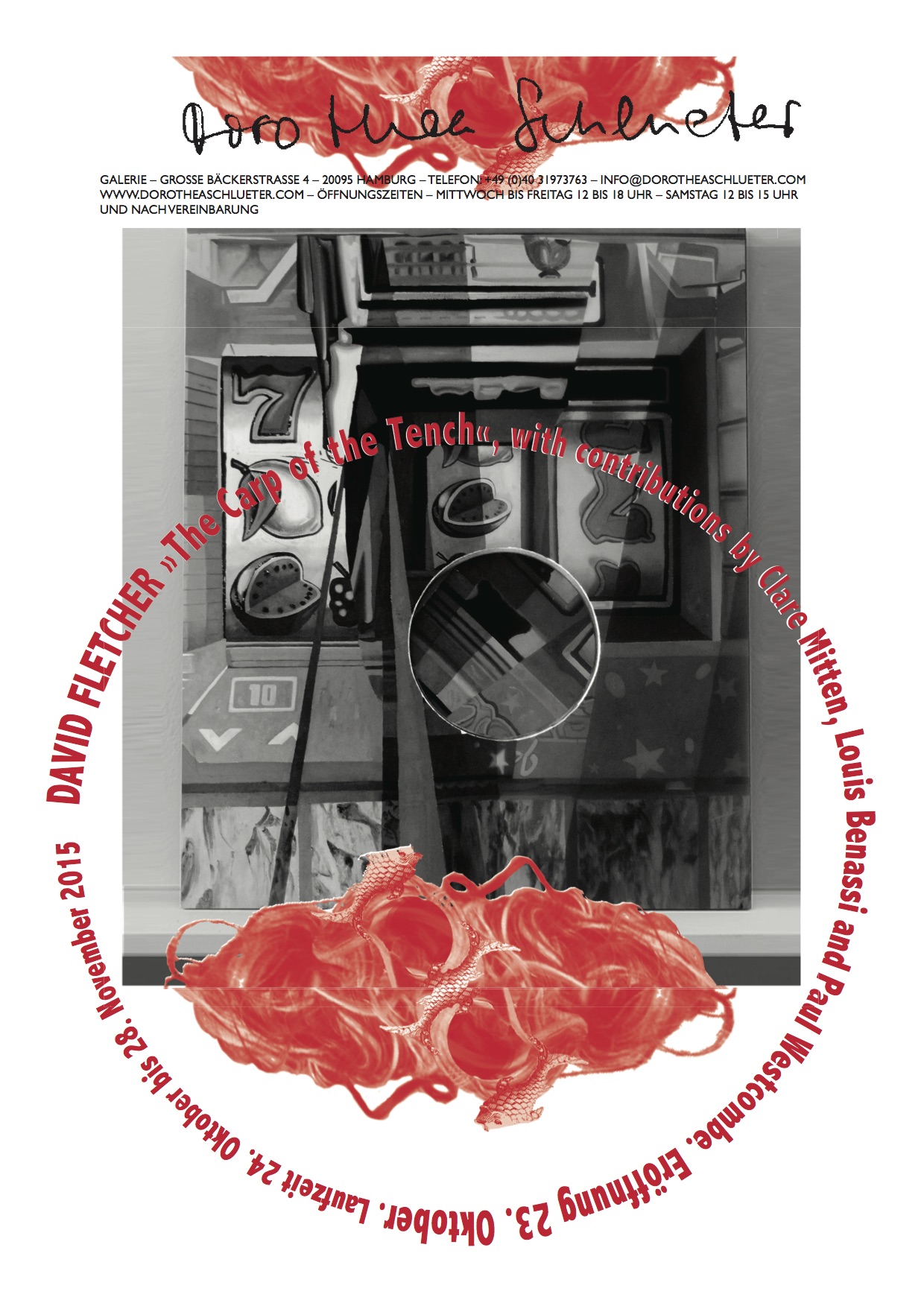 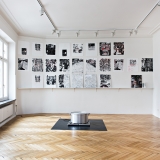 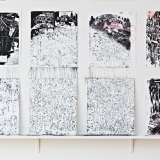 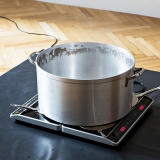 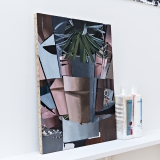 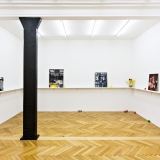 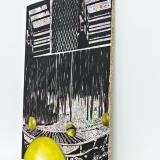 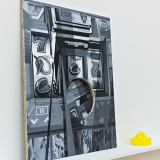 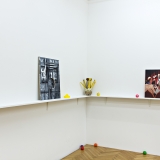 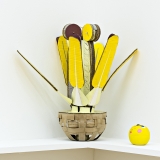 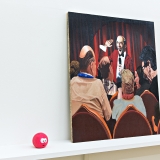 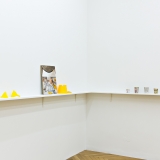 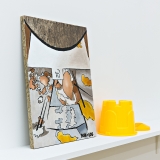 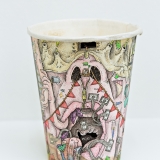 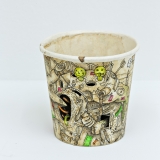 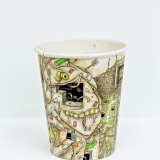 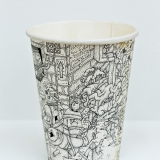 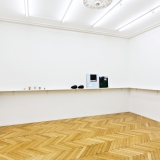 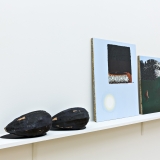 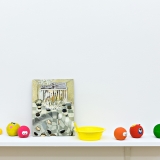 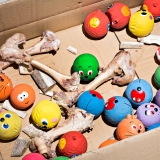 “The Carp of the Tench” is a confusing formulation, something akin to “The Fish of the Fish” or, to more accurately reflect the different species, “The Cat of the Dog.”

“Carp” has two meanings: a species of fish or “to complain.” If we were to translate “tench” into German, we would get the fish called “Schlei,” but there’s also the river named the “Schlei.” So, across the two languages, the sentence could mean “The Fish of the Fish,” or “The Complaint of the Fish,” or “Fish of the River Schlei.”

“The Carp of the Tench” is a text equivalent of this exhibition. If we play with different variations of form and content, we change the emphasis. We’re exhibiting a series of paintings. The element connecting the pictures on display is a variation of circles and spherical shapes, while each image naturally maintains its own subject matter. Many motifs play with the idea of fake or bastardized metaphysics, for example optical illusions that provoke false conclusions.

David Fletcher devotes himself, both seriously and playfully, to these very such constructions. A good starting point here would be the feeling you get if you stare at a Braque painting for a long time – after a while you feel like you have access to this physically impossible space, before you realize that your own behavior is equally impossible and absurd, and that the picture is mocking you.

The Carp of the Tench

What is ‘The Carp of the Tench?’

It is a phrase upon wakening:

Or: ‘Set the controls for the carp of the tench.’

What is the carp of the tench? Is it like the ‘Chicken of the Sea’?

Quote: ‘In the “old days,” fishermen referred to the white albacore tuna as “chicken of the sea.” It was called this because the white color and very mild flavor reminded them of chicken’

Resting then, were the young fishlings around, the

O’er cradle: Yes! But only as one that is a floater!

Fustilly the tench: ‘I will stop all this moaning, gather your pride; yet

Thy will not die: words aren’t poison!’

The carp and the tench, seldom eaten in the UK are best known through angling and through education.

Quote (2008 UK): When farmed ‘their diet (the diet of the carp) is supplemented not with pellets but with grain bought from local farmers and scraps from the kitchen – carp are pretty much the chickens of the fish world.’

Quote: ‘The tench being found in waters where even the carp cannot survive’. Is the carp of the tench the carp who likes the muddy substrate?

Quote – a question: ‘…Whilst fishing the top pond during the Barras match yesterday, I caught what I thought was a tench. On closer inspection, the fish had large barbels. Is this the norm, or do you get carp – tench hybrids?

Quote – an answer: ‘…to me it sounds like a leather carp.’

Quote – a journal: ‘ 200 hours: Although the hybrids are still alive, the development of the various parts is asymmetrical and anomalous and their appearance becomes increasingly monstrous. They display serious malformations in the opercular and branchial regions.’

Quote – a jour­­­nal: ‘400 hours: Hybrids display a very high degree of malformation in the cephalic region, which is covered with globose or elongated protuberances. The body of the fish is very thin due to malnutrition. This may be considered as the end of the experiment since the hybrid begins to die in the hours immediately following (Fig. 20).’
(David Fletcher)