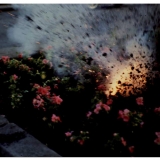 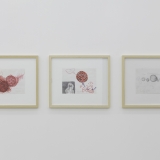 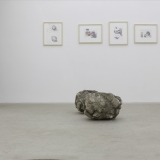 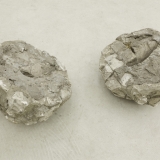 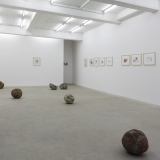 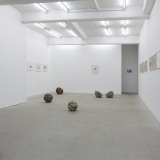 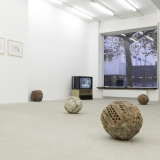 Annette Wehrmann (b. 10th June Hamburg, † May 2010) was a German-speaking artist and writer. Between 1985 and 1993 she studied Fine Art at the Hochschule für Bildende Künste, Hamburg and the Städelschule in Frankfurt. Amongst her most well known works are the Sprengungen (1993) (literally ‘blastings’, Sprengung refers specifically to the mining of solid material with explosives), which took place in public spaces in Hamburg. Annette Wehrmann took part in a politicising of art in the 1990s, she had an active interest in forms of self-instigated action, as an organiser and participant. Annette Wehrmann died in 2010, at the same time as the exhibition “Hacking the City” was being prepared at the Museum Folkwang in Essen, in which she had been invited to take part.

Wehrmann developed a strong and singular artistic position, somewhere between sculpture and intervention. She took as starting points the methods of conceptual and action art, and combined them with the language of the Situationist International. Using cheap and ephemeral materials she assembled objects that explored critical tensions between the politics of society, theories of knowledge and important questions about art. Her work dealt with the themes of money, religion, the brain, thinking, the state, television and language. From the outset, her work was set up to confront the world around it.

As part of the BUGA (Bundesgartenschau – national garden exhibition) in Potsdam in 2001, Annette Wehrmann transformed a Soviet military watchtower into a mirrored pavilion (Der Turm, 2001). “The concept behind the BUGA suggested that the history of its location should not be completely overlooked. I have removed the core from an old watchtower, specifically I have removed the lookout platform and the stairs leading up to it, and I have converted it into a kind of hall of mirrors. Its original function pointed the opposite way, and in a strict post-Foucauldian sense, I have turned its outward-looking gaze back in on itself. This has created an illusion of unbounded space, where the borders are no longer distinguishable, where four, or rather five mirrored walls are reflected in one another. An endless space has been created, that actually only has a two by two metre floor plan.”

Annette Wehrmann’s writings include texts about art, alongside more literary work. Wehrmann gave readings of texts written on paper streamers, in which observations of everyday life became intermingled with philosophical and aesthetic questions; in this she created a kind of visual poesis in the third dimension, under the sign of art in the social context. With the project ORT DES GEGEN (‘Place of Opposition’), the artist undertook to find vacant locations within a broadly defined sense of ‘public space’, that could be charged with one’s own versions of personal resistance. “The ORT DES GEGEN describes a point of rupture for purpose-less negation, specifically for an aimless passing of time, materialised in the accumulation of waste material. It is somewhere between coming to a standstill, and a radical release. At the ORT DES GEGEN people can come together free of a sense of purpose. Normally the opposite applies, or it is absolutely not possible to do this. At the ORT DES GEGEN heaps accumulate, heaps of time and boredom, of overflow and waste” the artist wrote, by way of explanation.

One of the best known of Annette Wehrmann’s installations is Aaspa (2007), conceived for the Skulptur Projekte Münster in 2007. She erected barriers on popular walking and cycling paths along the shore of the Aasee (a landscaped artificial lake in Münster), as if in preparation for a building site. In this work the privatisation of public space, the private search for healthy restoration and happiness, and the history of utopian architecture and land art came into unsettling thematic correspondence.