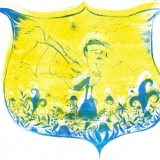 It was last spring. It hadn’t rained for weeks, and one could imagine a middle Europe devastated by forest fire. Trouble of one kind or another would be coming soon enough, this much we knew. For some time now the future had been clouded out by uncertainties.
We found ourselves in a city that no-one save a few office workers laid claim to, and where the remains of a previous century lingered on out of sluggishness rather than any meaningful wish to preserve. Art Nouveau lithographs littered the streets, golds and turquoises unwilling to let go of their shimmer, and on the street corners sat “mennel,” indulging the vice of drinking themselves to death.
What should they do? So badly prepared for a world that can now only ask the question: “To have or to have not?”
And on, in the countless second-hand stores we found books about Fin de Siècle illustrators, and a few shirts out of that good old linen they just don’t make any more.
After mealtimes, one sat round and thought: what now?Another group show, obviously. Apart from that… keep it together, and hope for a few good years.
(Abel Auer) 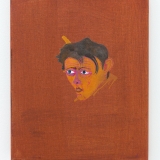 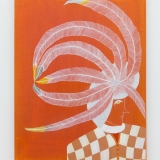 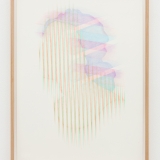 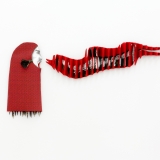 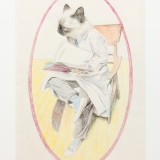 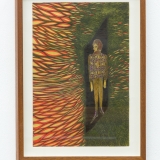 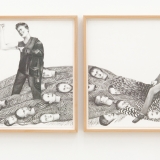 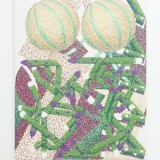 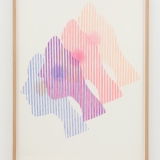 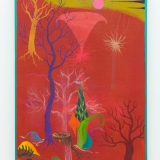 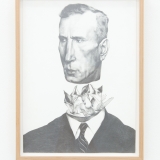 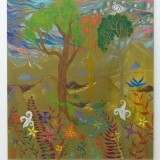 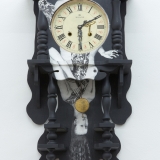 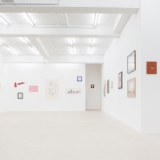