no images were found

In his book The Varieties of Religious Experience (1902) the psychologist and philosopher William James constructs the idea of the ‘divided self’ (the term was coined by James). He explains its meaning as part of a varied world of human experience. Some people only need to be born once, and live lives of inner harmony, they do not have to wrestle with their own demons, and the rewards of life are immediate and permanent. The rest of us are in conflict with ourselves, and need a second birth in order to achieve a more settled inner life. This need not be a birth into religious faith, it is simply a resolution of conflicting instincts, of the division in the self. This resolution gives rise to a united picture of oneself and the world, albeit one where the shaping memory of inner turmoil is never lost.

Through James’ model of division and twice-born resolution it seems possible to describe a relationship between Simon Logan and David Fletcher’s work.

Both artists allow the conflated influence of their our own daily lives, memories, and a broad reading of art history to shape their artworks. They both allow internal and external worlds to fuse or conflict with each other in the genesis of their work. But a kind of harmony, rich, dark and resonant seems to hang around David Fletcher’s paintings, a harmony that Logan’s work seems to aim at, whilst remaining divided in artful discord.

Unstuck in time, but rooted in their own striking definition, David Fletcher’s paintings turn the conflicts of desire, daily experience, memory and knowledge into grounded and compelling expressions – Frank O’Hara’s ’50s New York fed through a thousand reproductions of posters of the jazz age, confessed and willed into a newly sharpened grand vision, or watering cans that seem inhabited by the ghost of de Chirico, dark gardens and a stark arm holding one of the cans, images that shine out in high contrast from a space halfway between Los Angeles and an MR James ghost story. Artworks twice born in their making, Fletcher’s paintings are reconciled in their enigmatic calm.

In Logan’s work there are often bright colours, the spectrum being a recurring motif, and skilfully rendered improvised drawings or model-like sculptures, alongside far more scratchy and provisional works. Like Fletcher, Logan draws on a diverse range of imagery, invented and recalled. Yet unlike Fletcher, the precipice of uncertain public and private worlds, the abstract, the descriptive and the cryptic are all still at war with each other – spherical heads that provoke a kind of surrealist cliché whilst showing a singularly personal imagery, small sculptures sometimes clumsy, sometimes overwrought, heads, houses, wings, boats, collisions of half memories, improvisation and flawed expression. Logan’s work still waits to be born again. 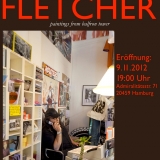 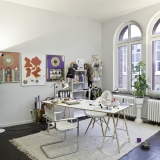 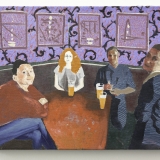 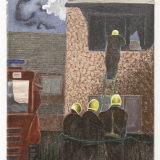 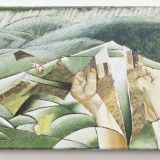 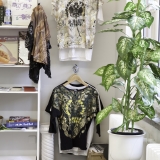 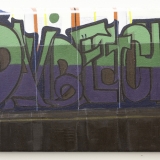 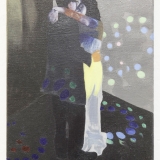 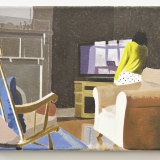 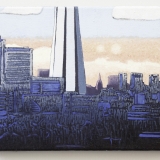 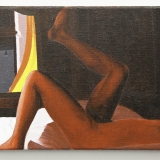 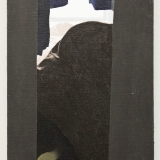 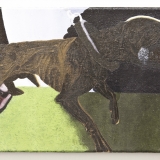 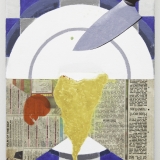 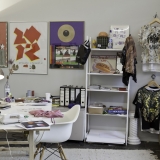 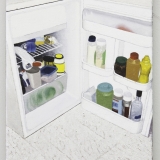 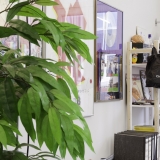 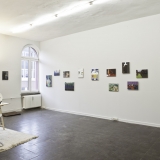 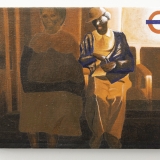 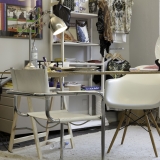 After studying at the Royal College of Art, Fletcher moved in to a studio/flat near the top of Balfron Tower, a huge mid 60’s concrete Brutalist block in East London. Despite falling into neglect, the block has retained an air of dignity owing to its forceful outward appearance, and majestic upright form, which stands at odds with the urban decay which surrounds, and occupies it. Inhabiting the tower is an explicitly multifaceted experience; the exterior, the interior, and its vantage point providing three independent and immersive elements that could certainly be said to provide one avenue of interpretation for the body of work produced there. Fletcher seeks to make paintings that act as simple records of the varied and complex phenomena of the everyday. Slowly moving through various cycles, these paintings depict a range of different viewpoints; from banal or willfully poignant interiors or cityscapes; to formally condensed, symbolic representations of a personally important narrative, or metaphor. The need for simplicity and directness in the depiction of these varied phenomena, leads to the focused use of a range of formal devices in the work; a pragmatic sense of purpose, and not a desire to provide a historical or theoretical frame is the aim here. Fletchers work can be said to consist of constantly evolving set of images, each painting having both a degree of autonomy; whilst also being a part of the series as a whole.