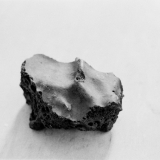 A picture-cycle by Sönnich Hinrichsen of the creation of the world adorns the gallery of a church. Photographed by Alexander Rischer, the paintings depict the Garden of Eden, the Fall from Grace, and so on. One of the images, that of genesis, seems to be scandalously inverted, the first light of day at the bottom of the picture. Was the painter a black magician? Or had he imagined the division of light from darkness as a dawn, the sun rising radiantly into the receding night?

Anna Gudjonsdottirs paintings can be placed shortly before this moment of elemental separation. Vortices of grey matter swirl stormily around each other, their wild and lithe turmoil anticipating the imminent division into darkness and light. Or perhaps they are swirls of fog? Is there a silhouette within them, seen yonder by a child hastening over a moor? “When the eddies of peat-smoke justle, / When the wraiths of mist whirl here and there / And wind-blown tendrils tussle, / …..When the tangled reed-beds rustle.” (from The Boy on the Moor (Der Knabe am Moor), Annette von Droste-Hülshoff, trans. Charles Wharton Stork). In her poem, Droste-Hülshoff’s boy runs across a moor, with terrifying spirits and servants of the grave close at his heels; the awful Spinning Witch, the thieving Fiddler Knauf who stole the wedding feast, and not forgetting the damned Margaret. But he has a guardian angel and makes it to safe ground, unlike the unfortunate child that Goethe’s Erlkönig famously drags forever into his netherworld, his father denying to the end the existence of such dreaded things until, of course, it is too late.

And what lies hidden in Gudjónsdóttir’s glassy red canvases? Bloody pools? Tissue samples? Molten lava? Or more spirits, another black magician? Are they the insides of the whale where Jonah weathered the storm? In Alexander Rischer’s photographs of Jonah, the whale looks more like a Mummy’s sleeping bag, out of which Jonah conspicuously peeps, seeming to recite his evening prayer.

In this exhibition of photographs and paintings many trails are laid connecting the work of the two artists. And as a magical union the exhibition forms a two-note organ, with one pipe for each. 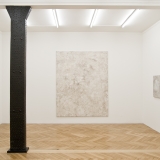 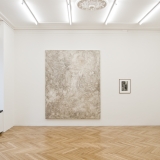 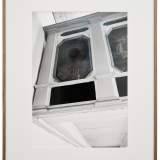 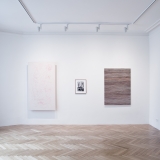 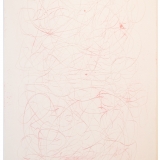 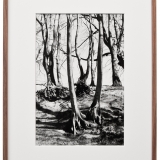 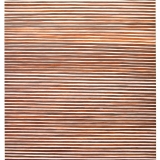 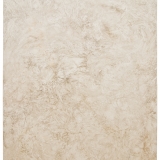 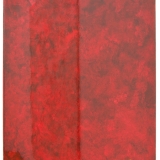 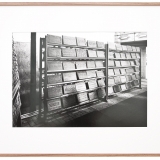 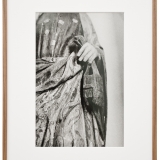 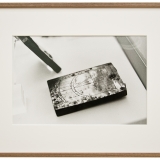 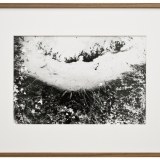 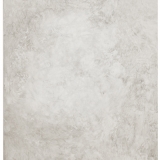 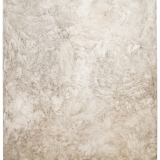 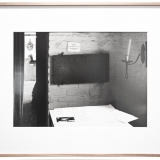