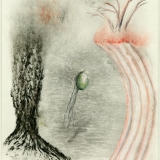 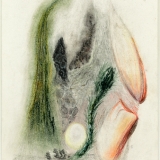 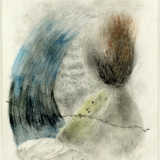 Lying on the bed, head propped up by a folded pillow, Gont tried to remember his life. It wobbled around in his thoughts, ill-defined and unspecial, ending in this small bland room in a hospital in New Prussia. An electronic arm whirred its joints and descended from an armature on the ceiling. The arm was a smooth creamy colour, with details in soft greens and blues, and held a sealed see-through plastic cup. In the bottom of the cup was a clear liquid, over this two pale yellow pills sat on a thin clear membrane. Something in the arm made a small powerful movement, and the membrane quietly popped, dropping the pills into the liquid. They quickly dissolved, leaving nothing of their yellowness behind. A movement again and the seal over the top of the cup popped too, melting into air, leaving only a faint smear round the inside rim. A screen had emerged from somewhere behind Gont’s right ear. “Please drink all the fluid”, a genderless smooth voice said, and a line-drawn animation began to play across the screen, showing the action of a genderless reclining figure taking a plastic cup from a robotic arm and drinking. Gont did as he was told, and the machinery smoothly receded. This is what my life has been, he thought. I’ve lived to die in the future.

Defeated by reality, by Spain, don Quixote died in 1614 in the town of his birth. He was survived only a short time by Miguel de Cervantes.For both the dreamer and the dreamed, that entire adventure had been the clash of two worlds; the unreal world of romances and the common everyday world of the seventeenth century.

They never suspected that the years would at last smooth away the discord, never suspected that in the eyes of the future, La Mancha and Montiel and the lean figure of the Knight of Mournful Countenance would be no less poetic than the adventures of Sindbad or the vast geographies of Ariosto.

(– from Parable of Cervantes and the Quixote by Jorge Luis Borges (trans.: Andrew Hurley))

How and where does one locate oneself? Perhaps it’s going too far to say that an artist working today is like the survivor of a shipwreck washed up on the sands of the future, so instead I’ll say that an artist is like one of those unfortunate city-dwellers thrown off a bus halfway to where one wants to go, the result of a remotely taken decision to send the bus back in the opposite direction to maintain overall traffic flow. A little disorientated, and indeed irritated, one steps off. The surroundings seem familiar, one might even consider walking the rest of the way, were it not for the nagging doubt that the seemingly familiar may not quite be what or where it at first presents itself as.

Simon Logan’s drawings and sculptures are a product of this odd sense of dislocation. Dislocation from the past, and the future, experienced in a troubled and approximate present. Here different rules have to be applied. Logan has remarked that his own relationship with the history of art owes as much to faded prints of Cezanne landscapes on kitchen calendars, and drafty school classrooms with the distorted home-taped images of Robert Hughes’s Shock of the New blending with daydreams and boredom, than to any more mature and academic study of the greats. This tenuous antecedence, interwoven with early memories that distract and betray themselves, and the glassy machine of contemporary urban European life, combine as influences on Logan. Logan’s response has been to create a kind of self-determining path into image making, sometimes redolent of the tropes of high modernism – Twombly-like scribbles, the English surrealisms of Nash and abstractions of Lanyon seem to haunt different series of drawings – and at other times fragile and personal – a reconstruction of a 1950s small commercial goods vehicle that Logan’s grandfather helped to design, recurring memories of queasy yet exhilarating channel ferry crossings. Boats form themselves out of simple bedroom-style model construction techniques, crude paintwork somehow suggesting the TV fuzz of a reproduced Rothko or Still. The memory of the solace of science fiction constructs odd scale-less vessels and vehicles, the distracted improvised activity of drawing and making in the present bears witness to a lived act of immediate creative conscious description.

It is important to say that Logan is not simply a victim of sentimentality. Far from it, the collision of pasts, presents and futures are for Logan more like the interlinking rooms and passages in some kind of lyrical labyrinth of conscious life. In Logan’s case, the connection that this life has with art has as much to do with the simple fact that it is the life of an artist, as it is informed by a more considered understanding of art as a particular form of creative human living.

Logan’s work remains modest in scale, a delicate and difficult distillation of personal themes and wider subjects. At the heart of it, however, seems to lie a proposition of openness. The life of one person, the biography of the creative mind of one person, honest and flawed, as a kind of humane truth, and a petition on behalf of this quiet humane truth that could still yet be understood as universal.

I would suggest that there is a subtle distinction being made, between a received non-discursive hierarchy of judgement, and a more diverse but nonetheless discriminating active engagement with evolving thoughts, judgements and ideas. The first of these seems antithetical to Logan’s work, the second seems to be a guiding principle. Between the twin impulses of mourning and celebration, Logan constructs a tentative series of artistic gestures where apparent familiarity abuts less recognisable suggestions, structures and imagery, and a self-renewing creative process writes – draws and makes – its own life and identity. Like Gont in the above quote from William Grey’s epic sci-fi masterpiece, Logan does not want us to arrive in the future only as a place to die, but rather, like Borges’s Cervantes, to throw ahead of ourselves a more complex, if not entirely controlled, conscious living and humane aftermath. 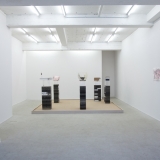 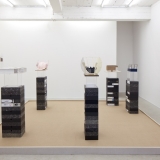 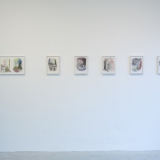 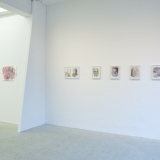 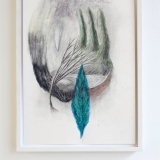 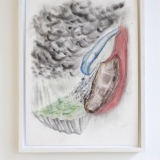 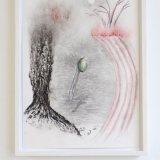 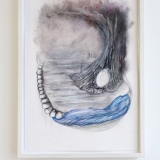 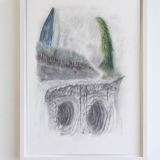 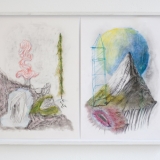 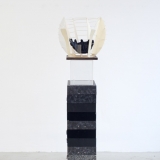 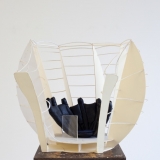 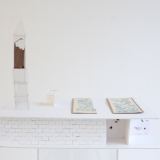 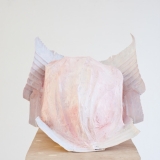 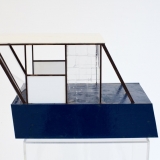 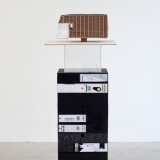 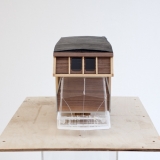