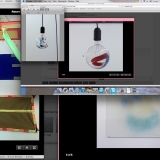 Zippily, moving quickly and lightly, Maria Zahle and Peggy Franck allow their different works to interlock in this exhibition, like the teeth of a quick zip-fastener.

On show are a combination of things, raw materials such as plexiglas, stands with hand-made objects on them, objects made from plaster and – ironic beacons of deepest subjectivity – light bulbs that bear single painted brush marks.

One might think that such combining of objects is now standard for almost every contemporary art exhibition. What is special in this case however, is the openness of the result. Here truly equal rights are granted to the different components of the exhibition, objects and materials are displayed lightened of their symbolic loads. The informal distribution of elements, the variation in their poses – some leaning, some lying down – allow them the simple presence of bodies at rest within the exhibition space.

Both artists have a piqued yet un-anxious relationship with the idea of decoration and elegance. This tendency is an absolute gift in the current climate of contemporary art. Elegance of arrangement, and decoration itself are famously central to both the concept of kitsch, and to the advertising industry, with whom (concept and industry) the art establishment attempts to maintain a low-rumbling persistent feud. However, against this dreary backdrop, the spontaneity of composition with which Franck and Zahle work, and its apparent accidentality and air of provisionality nullifies any distracting pretence of dry rhetorical games. Out are reactionary complaints on a theme of the decorative, or sly pot-shots at the “managed clichés of atmosphere” of the hotel lobby, gone too is the po-faced snobbish horror at the pictorial deception of the mail-order furniture catalogue, and so on.

Given this series of denials, and apparent casual shedding of anything other than immediate relational content, arresting open questions still remain. Exactly how is it that a collection of constructed elements comes to represent so specifically intended a study of the imprecise? And exactly why does a cool minimalist sculpture composed of small flat strips of plexiglas persist so strongly in the mind as the image of a human figure?

Maria Zahle, born 1979, Copenhagen, Denmark, lives and works in London and is a co-founder of the London based project space The Hex.

Peggy Franck, born 1978 in Zevenaar, The Netherlands, was a recent recipient of a residency grant at the Künstlerhaus Bethanian, Berlin, where she now lives and works. 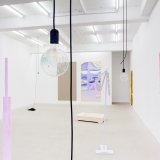 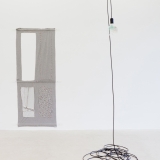 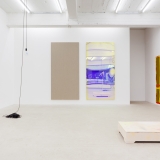 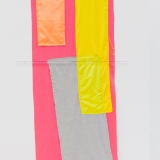 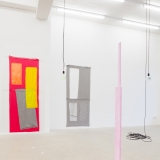 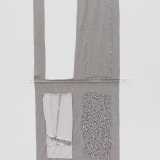 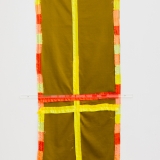 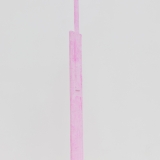 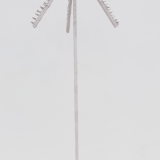 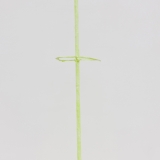 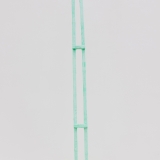 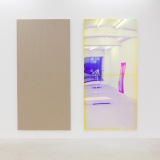 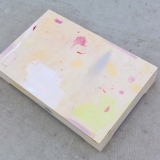